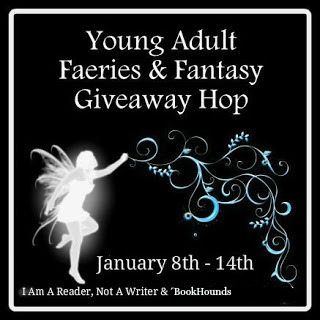 Welcome to my YA Faeries & Fantasy Giveaway! For this giveaway, I’ll be giving away a copy of my upcoming book, Elementals: The Prophecy of Shadows! This giveaway is international as long as Book Depository ships to your country. For a list of everyone else participating in the hop, CLICK HERE.
The Rafflecopter to enter is underneath the description of the book! 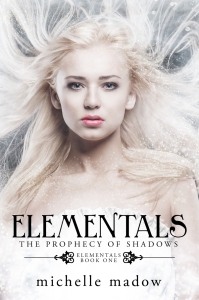 Filled with magic, thrilling adventure, and sweet romance, Elementals is the first in a new series that fans of Percy Jackson and The Secret Circle will love!

When Nicole Cassidy moves from sunny Georgia to gloomy New England, the last thing she expects is to learn that her homeroom is a cover for a secret coven of witches. Even more surprisingly … she’s apparently a witch herself. Despite doubts about her newfound abilities, Nicole is welcomed into this ancient circle of witches and is bedazzled by their powers—and, to her dismay, by Blake—the school’s notorious bad-boy.

When the Olympian Comet shoots through the sky for the first time in three thousand years, Nicole, Blake, Danielle, and two others in their homeroom are gifted with mysterious powers. But the comet has another effect—it opens the portal to the prison world that has contained the Titans for centuries. After an ancient monster escapes and attacks Nicole and Blake, it’s up to them and the others to follow the clues from a cryptic prophecy so that they can save their town … and possibly the world.

“Elementals is going to blow your mind!”
-Crossroad Reviews, ★★★★★

“Five glittery stars for being such a compelling read!”
-Andrea Heltsley, Goodreads Reviewer ★★★★★