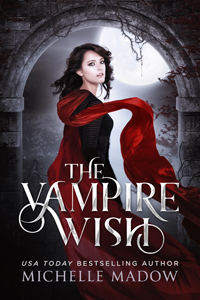 He’s a vampire prince. She’s a human blood slave. They should be enemies… but uniting might be their only hope to prevent a supernatural war.

Annika never thought of herself as weak—until the day vampires murdered her parents and kidnapped her from our world to the hidden vampire kingdom of the Vale.

As a brand new blood slave, Annika must learn to survive her dangerous new circumstances… or face imminent death from the monstrous wolves prowling outside the Vale’s enchanted walls. But not all in the kingdom is as it appears, and when a handsome vampire disguised as a human steps into her life, Annika discovers that falling for the enemy is sometimes too tempting to resist.

Especially when becoming a vampire might be her only chance to gain the strength she needs to escape the Vale.

Enter the magical world of the Vale in The Vampire Wish, the first book in an addictive new series that fans of The Vampire Diaries and A Shade of Vampire will love! 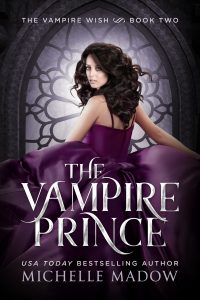 To destroy the enemy, she will become the enemy.

Everything has been taken from Annika — her family, her friends, and even her freedom — by the vampires who enslaved her in the hidden kingdom of The Vale. But now she possesses a magical ring that contains Geneva, the most powerful witch in the world, and she’s ready for revenge.

When Prince Jacen invites vampire princesses from all over the world to the palace to compete for his hand in marriage, Annika finds her chance. By commanding Geneva to turn her into a vampire princess, she can try to win the cold heart of the prince who betrayed her and left her for dead. Can she keep the emotions she used to feel for Jacen in check? Because if her deception works and she becomes his bride, she’ll have full access to the palace… and she can destroy The Vale from the inside.

But with powerful players vying for control of the ring, and a dark magic rising outside the kingdom, there’s far more at stake than just the crown.

Return to the magical world of the Vale in the second book of The Vampire Wish series and get ready for twists and turns that you’ll never see coming! 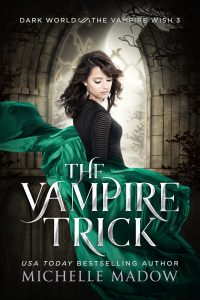 In a kingdom full of secrets, no one can be trusted.

Annika’s life was flipped upside down when she was kidnapped by vampires to become a blood slave in their hidden kingdom of the Vale. Now, the powerful witch Geneva has disguised her as a vampire princess, and Annika’s living in the palace to compete for Prince Jacen’s hand in marriage. But her quest to become his bride is just a facade. Her real goal? Kill the vampire queen Laila so the kingdom crumbles and she can set the human blood slaves free.

When rebellious wolves attack the town, they leave a trail of vampire corpses in their wake, declaring war upon the Vale. But the wolves didn’t act alone. Someone on the inside is helping them, making everyone a suspect. And one major player won’t make it out alive.

Return to the mysterious, magical world of the Vale in The Vampire Trick and get ready for a major twist you’ll never see coming! 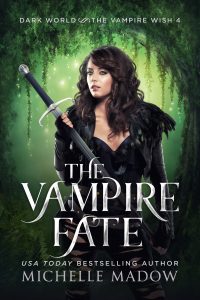 The vampire queen is dead.

Annika shouldn’t have been able to kill the vampire queen Laila—such a task can only be done by the Nephilim, whose race is extinct. But somehow, she did kill the queen. Now she’s the number one target on multiple hit lists, and she’s only alive because she’s a fugitive at the neutral kingdom of the Haven.

As if that weren’t enough to deal with, the world is in danger and she’s the one prophesied to save it. But she doesn’t have to do it alone. When fate brings her and Prince Jacen together again, they team up on a quest to find the only object that can save the world as they know it—the Holy Grail itself.

The adventure continues in the fourth book of The Vampire Wish series, and get ready to brace yourselves, because it’s going to be a bumpy ride!

Find the Holy Grail. Win the war. Save the world.

A lot has changed for Annika since being kidnapped by vampires to become a blood slave in their hidden kingdom of the Vale. Not only has she learned she’s a Nephilim—a race that’s supposedly extinct—but she’s found herself on a dangerous quest for the Holy Grail. Luckily, she has the vampire Prince Jacen by her side, and the two of them feel ready for anything—especially now that they trust each other more than ever.

But finding the Grail is only the beginning. Because when Annika learns that a demon is leading a pack of wolves to war against the vampires, she must stop him before it’s too late. If she can’t, he’ll open a Gate to Hell… and the world as she knows it will be lost forever.

Get ready for an action-packed, adventure-filled ride in the EPIC conclusion to The Vampire Wish series!

Free to email subscribers. CLICK HERE to join my newsletter, where you’ll get free books like this one, updates, and new release alerts! 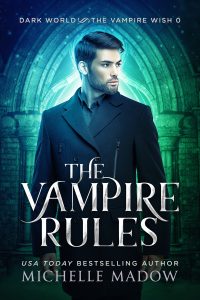 Before he was a vampire prince, he was just Jacen.

As one of the most promising athletes in the country, Jacen has his life all mapped out for himself. Train hard, win worldwide swimming championships, and go for the gold in the next Olympics.

But while celebrating a successful swim meet at his hotel bar, he meets a mysterious woman named Laila. Not only is Laila beautiful, but she’s smart, witty, and charming. So when she brazenly invites herself up to his room, he jumps at the opportunity to spend the night with her.

He gets far more than he bargained for when she bites his neck and abducts him to the hidden vampire kingdom of the Vale, changing his life forever.

If he can even call it a life anymore…

Discover how Jacen became a vampire prince in this prequel novella to the Dark World: The Vampire Wish series by USA Today bestselling author Michelle Madow!

Subscribe to Michelle's newsletter to get free books, updates, and new release announcements!

Success! Now check your email to read the novella. (If you can't find it, check your spam/promotions inbox, in case it accidentally got sent there.)