↓ Skip to Main Content
Home › Blog › Giveaway: Take Me On by Katie McGarry and The Secret Diamond Sisters by Michelle Madow

Giveaway: Take Me On by Katie McGarry and The Secret Diamond Sisters by Michelle Madow

michellemadow Posted on April 29, 2014 Posted in Blog 2 Comments
This past weekend, I was at the Southern Kentucky Book Fest, where I met some awesome fans and hung out with some amazing authors — Katie McGarry, Julie Kagawa, Karen Ann Hopkins, Julie Lindsey, and more! I spoke on a panel about writing YA contemporary fiction, and had a blast meeting readers for most of the day 🙂 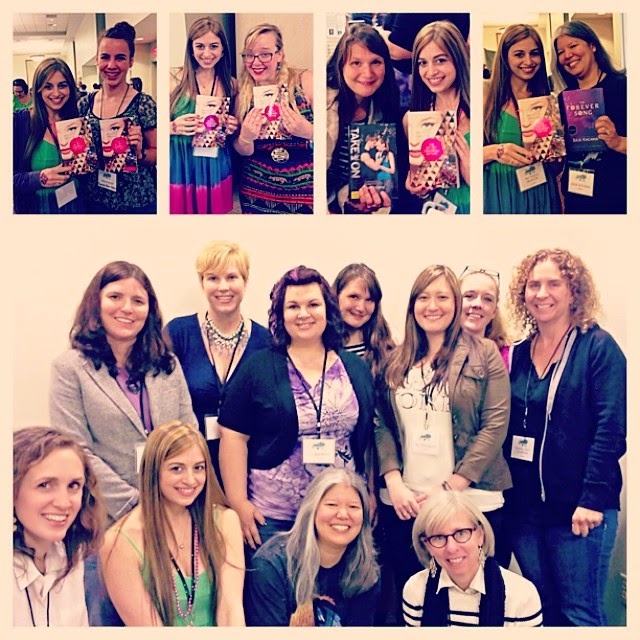 I was lucky enough to be seated next to the super nice Katie McGarry, author of Pushing the Limits, Dare You To, and Crash Into You. I’ve been a fan of Katie’s since before I got a publishing deal (I remember waiting in her signing line for Pushing the Limits at BEA in 2012), so I was so happy when I saw I would be next to her at the event! She’s super sweet, and it was so great hanging out with her.
Since Katie and I both write YA contemporary fiction for Harlequin Teen, we’re doing a giveaway for a copy of Take Me On, Katie’s upcoming novel coming out on May 27th, and The Secret Diamond Sisters!
Enter to win using the Rafflecopter at the bottom of this post. The contest is open International!

Champion kickboxer Haley swore she’d never set foot in the ring again after one tragic night. But then the guy she can’t stop thinking about accepts a mixed martial arts fight in her honor. Suddenly, Haley has to train West Young. All attitude, West is everything Haley promised herself she’d stay away from. Yet he won’t last five seconds in the ring without her help.

West is keeping a big secret from Haley. About who he really is. But helping her-fighting for her-is a shot at redemption. Especially since it’s his fault his family is falling apart. He can’t change the past, but maybe he can change Haley’s future.

Hayley and West have agreed to keep their relationship strictly in the ring. But as an unexpected bond forms between them and attraction mocks their best intentions, they’ll face their darkest fears and discover love is worth fighting for.

(How amazing does that sound?! And fun fact I learned on the panel — Katie took martial arts classes in preparation of writing this story!)

THE SECRET DIAMOND SISTERS
Savannah. Courtney. Peyton.
The three sisters grew up not knowing their father and not quite catching a break. But it looks like their luck is about to change when they find out the secret identity of their long-lost dad—a billionaire Las Vegas hotel owner who wants them to come live in a gorgeous penthouse hotel suite. Suddenly the Strip’s most exclusive clubs are all-access, and with an unlimited credit card each, it should be easier than ever to fit right in. But in a town full of secrets and illusion, fitting in is nothing compared to finding out the truth about their past.

“Sexy and electrifying … Gossip Girl meets The Princess Diaries in a city that never sleeps.” –Booklist

2 Comments on “Giveaway: Take Me On by Katie McGarry and The Secret Diamond Sisters by Michelle Madow”